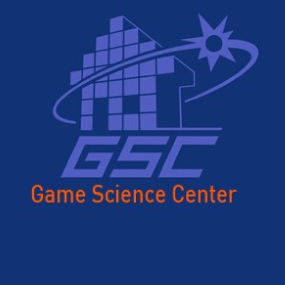 We got an email from Cyril and Kay the other week asking us if we could set up a meeting about a participation from Nagual Sounds at Games Science Center. We had no clue what a Game Science Center might be. A museum that explains the technique of computer games? Or a museum for scientific games?

But still, we were curious and invited them to us. After two hours of intense and interesting discussions, we are now a lot smarter and totally enthusiastic about their project. The Game Science Center is just the opposite of a museum - a look into the future.

The technical possibilities for new inventions have never been larger than today. We think it's great that these achievements of the 21st Century now, a space is given. Where else does the public have the opportunity to get a glimpse of what goes on in the basements and garages of the tinkerers and future thinking people of the world? Now, there will soon be a place in Berlin where everyone has the opportunity, to not only have look onto the technological developments of the future, but try the exhibits directly by themselves. Another important difference to a museum is in fact that there will be no exhibits behind glass cases, but everything will be interactive. Everybody will be able to touch and try out everything that they can see.

Of course, we didn’t hesitate for a second to participate with our technology.

We are excited to be surrounded by other future thinking projects and look forward to try them out.

The future is now!